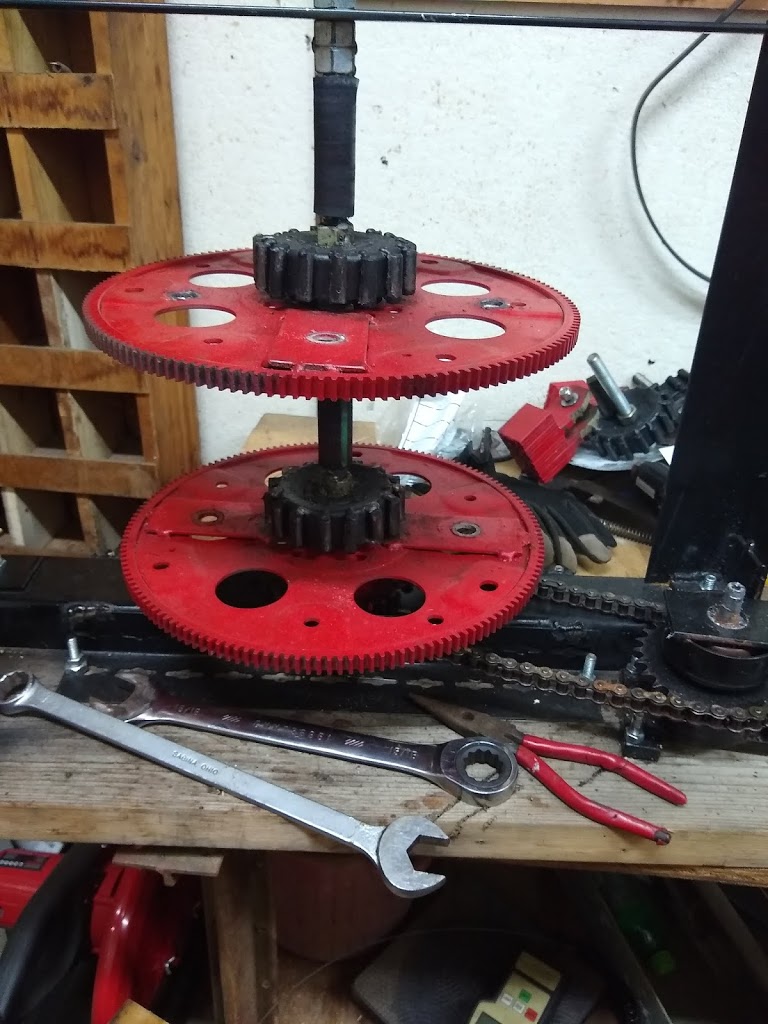 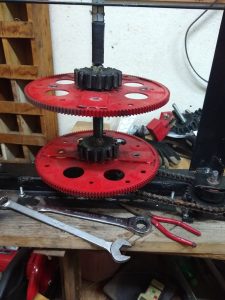 Since the PIE 2.0 did not perform as well as expected on the “self-propulsion” portion of testing, it was removed from the pallet for rework on the work bench. The phasing of the upper and lower wheels is the primary area to be reworked as the possible answer to its poor performance.

The PIE 2.0 was not built for easy phase adjustments, so the rework included the removal of all planet gears and axles. The rework is a re-phase of the wheels from a 90-degree offset to a 0-degree offset.

It would be much better to change the phase offset in smaller increments (say 10, 20 or even 40) but since this is the way already built into the design, this is how it is being done.

Fast Forward a Couple of Days Later and “Ground Test #2”…

That has done it! The re-phasing has made significant improvements in the quest for “self-propulsion”! It will now work its way across the garage floor under its own power with nothing driving the wheels!

The upper planet gears and the lower ones now share the same axles, and the wheeled trolley has been made robust with a tubular steel frame and metal bearings as wheels.

I am posting 4 self-propulsion videos to YouTube and BitChute to get maximum viewer coverage and get the information out to everyone.

There is a chain sprocket on both wheels and that could be used to drive each wheel independently. A drive chain to each wheel, and the chain can be switched tooth by tooth or the drive sprocket(s) can be made adjustable. A split jackshaft with an adjustment mechanism could be utilized to perform phase adjustments “on the fly” without shutting the PIE down.