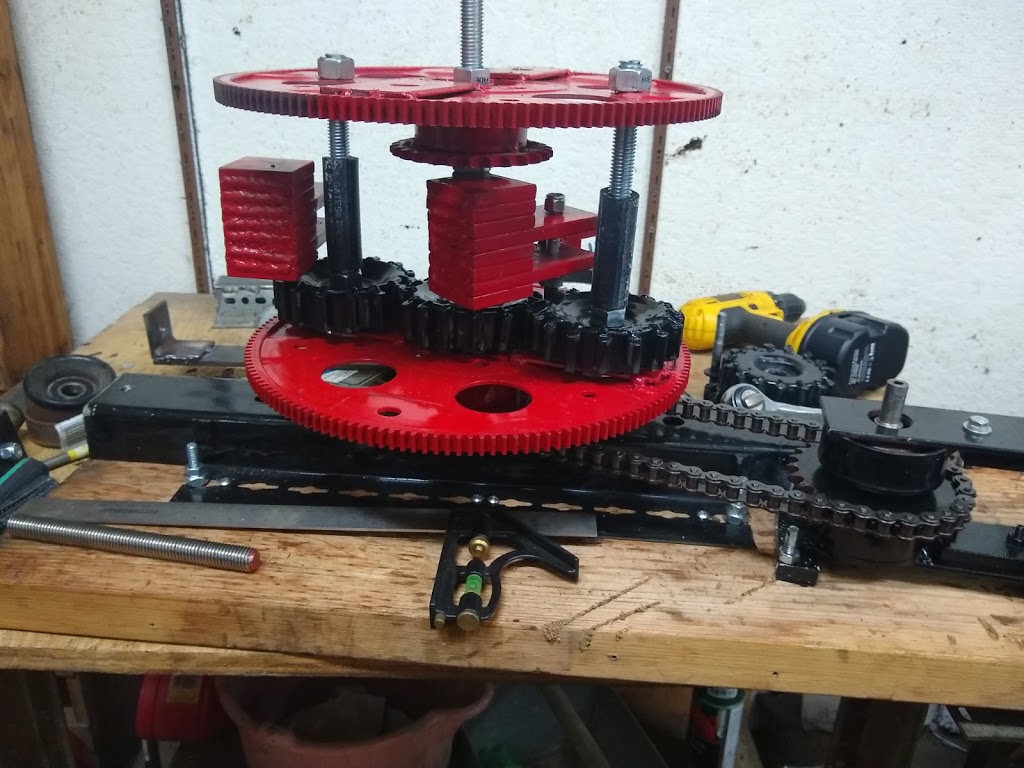 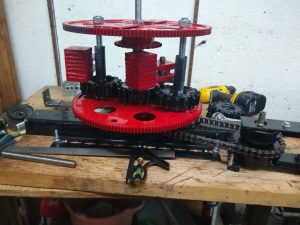 I have repeatedly said that I would make this project 100% open source, I am keeping my word and even though I don’t have it ready to run yet, I am posting a reasonably major update now.

I have not posted any real updates as to the status of the PIE 2.0 build in the last few days, so here is what I’m up to.

The PIE 2.0 is progressing very well so far. I had a problem with the weights “jamming” on start up because I am using the planet gear axles as the outer stops. This seems to be alleviated by using very weak torsion springs to push the weights out of the position that jams the rotation. The springs add very little to the force of the weights swinging outward and should pose no significant change to operation. I will include more info about the springs if anyone requests it, and if there is someone following this who is also building a PIE 2.0, I can get these springs for you if you let me know. 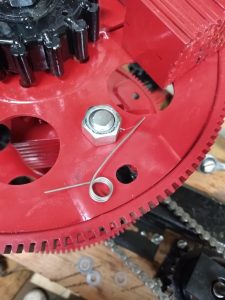 The significant portion of this update however, is the addition of a second wheel. Instead of adding it next to the first one, the new wheel is mounting ABOVE the first (or primary drive) wheel. The phasing of this upper wheel is designed to be at 90 degrees. This gives the PIE 2.0 4 pulses per revolution and should be a very significant improvement over the PIE 1.0’s single pulse per rev.
Double Decker and First Trial With Torsion Spring
Three Weights With Torsion Springs on New Double Decker Design 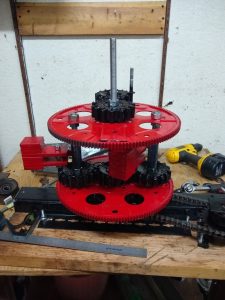 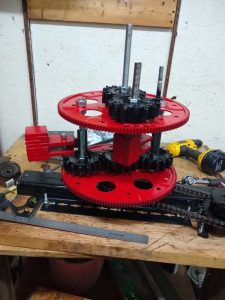 This significant change is an integral part of the now modular nature of the PIE 2.0 and “should” be a design that can be expanded in time. It also gives the PIE 2.0 a much smaller footprint, this will allow it to be installed and used effectively in much more confined areas.

This modular design could also be further developed with a logic controller and individual stepper motors controlling each wheel. That would allow non-linear build designs that can be suited to custom applications.

With this new “double-decker” design, I am also enhancing the framework so that (hopefully) testing can be completed without the unit breaking itself too badly under load. Remember that this is still a prototype and prototypes are built to reveal flaws and weaknesses as well as being a testable model.