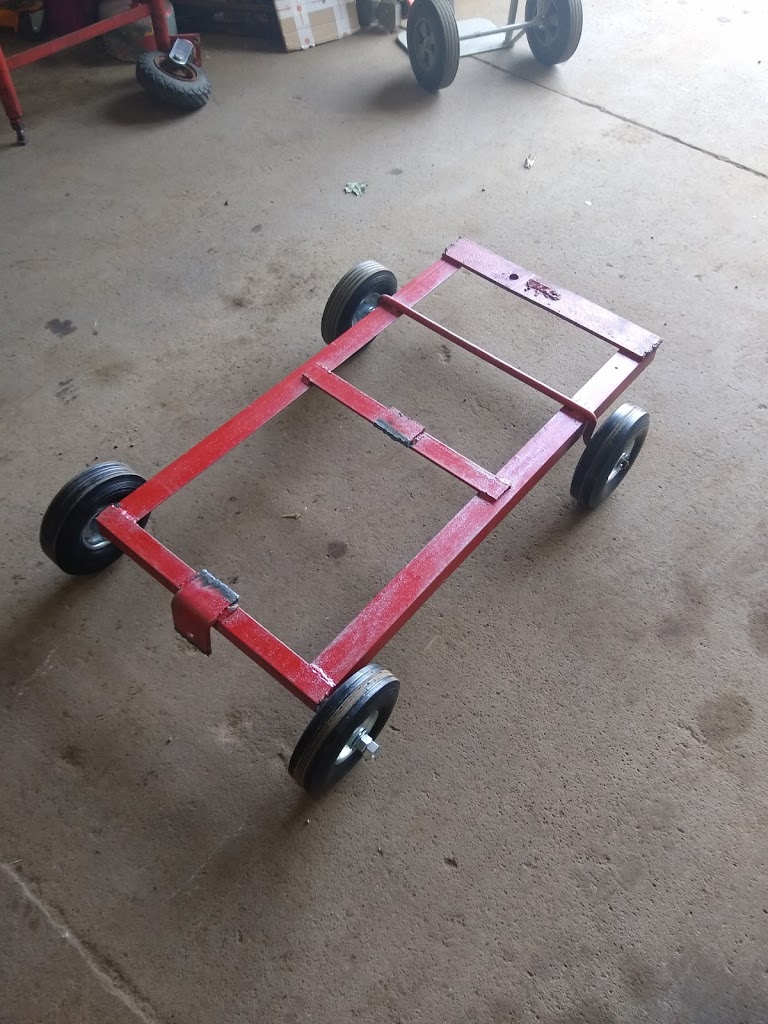 I am now actively conducting thrust tests on the PIE 4.3 with positive results.

Since it certainly appears to have a lot of propulsive force in bench tests and is rather unruly on the bench, it seems that a heavy and sturdy cart should be used.

I have modified a steel cart, which I had originally built for an entirely different purpose, just to be the new PIE 4.3’s cart complete with solid solid tires and ball bearing wheels. 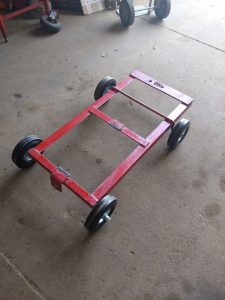 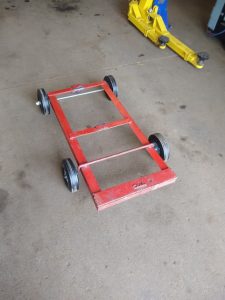 It took several runs at nearly full speed to properly adjust the sun gear for forward thrust without pulling to one side or the other. During those test runs, there was enough force to move the cart forward and slide the wheels sideways approximately 10 inches. 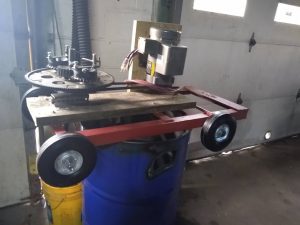 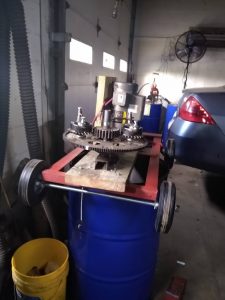 Mounting The PIE 4.3 To The New Cart

During those test runs, one outer stop broke and the excessive lash on one of the planet gears caused it to skip timing, but even though weaknesses were obvious the overall test was successful. 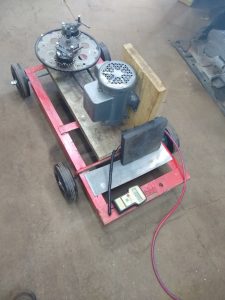 PIE 4.3 On Its Wheels After First Round Of Testing

The cart and PIE 4.3 total assembly weight is 130 lbs. New ball bearing wheels with solid rubber tires allow it to roll smoothly on a concrete floor, although some places on my shop floor are better than others. I have several vehicles in different states of disassembly in the shop, so I was limited to a spot where the floor is not quite as smooth so all tests have been repeated in the same “wheel tracks” to be certain that variances in the floor would not skew the numbers. All thrust and resistance tests are being measured using a digital scale.

So, on to the numbers for THIS test sequence.