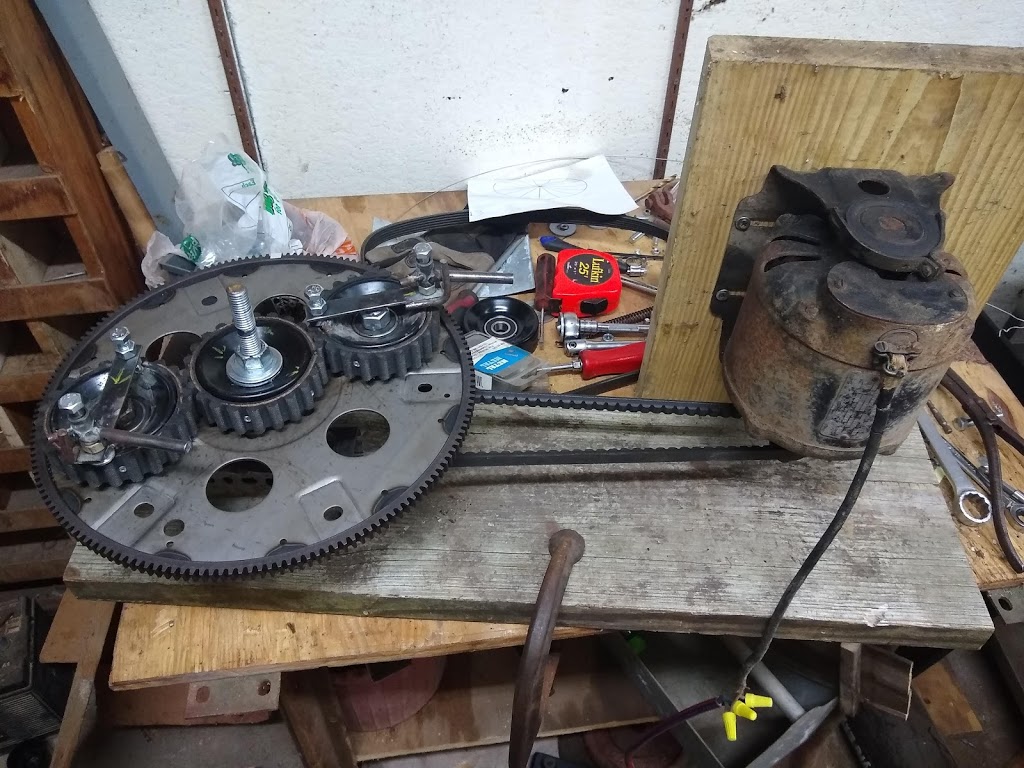 The latest incarnation of the PIE is kind of a step back to an earlier design as well as a step forward to push the limits of PIETECH possibilities. 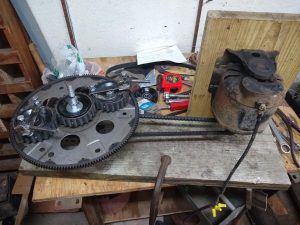 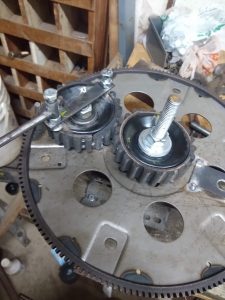 I am using a single wheel (for now) with a much lighter weight, even lighter than the PIE 1.0 design. I am trying out a quiet gear set which uses a 14mm pitch timing belt as the teeth which is fastened to the same size (3.5″) steel pulley as used on the PIE 1.0 & 2.0, and although it is quieter I am not sure if the teeth are robust enough to use as a spur gear.

Initial testing of the PIE 4.0 is very encouraging, although there are some small issues arising from the increased speed which has currently been measured at just over 750 RPMs. The most serious issue has been the used motor I pulled off of the storage shelf. Although the 110 volt motor was marked as “Good” because it runs well without a load, it quickly overheats and shuts down when it is turning the PIE4.0. The other issue is the soft gear design which seems to work well most of the time, but has “slipped” out of time on several test runs. I may revert to the welded steel gears before I am done since I still do not feel that purchasing expensive spur gears in this size range, just to risk having them destroyed if the design fails elsewhere, is an acceptable risk. Eventually I am sure that it will become necessary in order to achieve high speeds for extended periods of time.

The lighter weights (2 oz. including the pivot bushing) are actually performing better than expected as thrust becomes readily apparent in the 100 to 200 RPM range, although a better study of this is required.

The PIE 4.0 has only been bench tested so far, but it easily moves my bench around when it is clamped to the surface of it. Since the PIE 2.0 was just barely able to move the bench, I am encouraged to keep pushing forward with this high speed unit.